The plan this weekend was to get a shed-load of school prep done.  It didn't happen!  My sewing machine was calling me far too intently.  I'm not sure why as I have new Dylusions inks and a new stencil waiting to be played with. 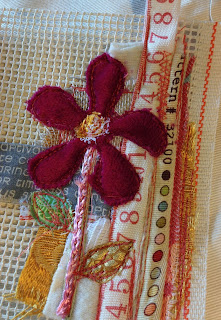 The wonderful Sue Roddis of the 'Jabberwocky' has been on a roll making duct tape journals and I decided to make a fabric version!  When journaling with fabric I start in a similar way to my regular journals, by picking my colours and supplies. 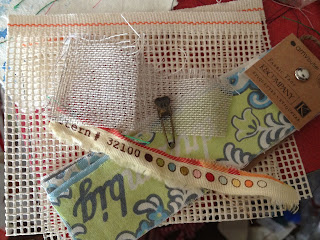 I love the edge of cotton fabric where they put the pattern number and the colours used in the print and that ended up being my starting point, along with the feeling that it was a yellow day! 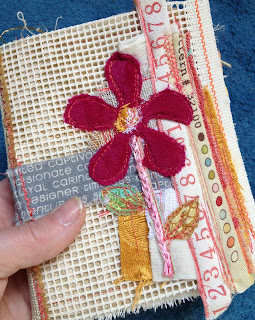 I stitched strips of fabric next to each other before adding some blocks and finally the flower. 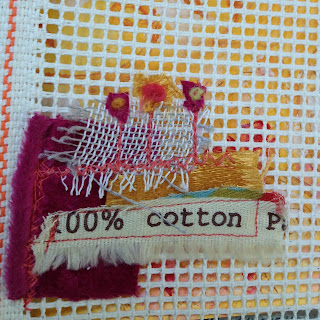 On the canvas that formed the back cover I added some tiny flowers which were so small I had to hand sew the weeny scraps on. 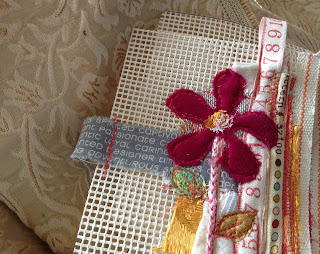 I then cut a strip of furnishing fabric (only because I liked the feel of it and the colour!) and used it to join the front and back covers together.  The grey strip of fabric with the words on was going to go across the spine and onto the back cover, but I forgot to hold it straight when I was stitching so it went a bit wonky.  I wasn't about to unpick it all (one of the very many reasons I'm not applying for The Great British Sewing Bee!!!) and instead just adapted the design a little, trimming it down then highlighting the word 'creative'. 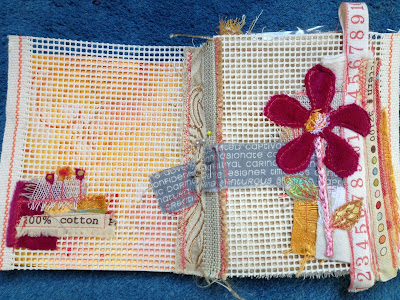 I love Sue's idea of putting her pages in her duct tape journals with elastic bands so she can easily take them out to work on them.  Elastic bands don't really work on fabric so I've pinned my pages. 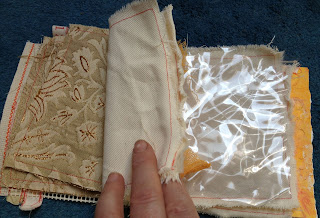 I've used a mixture of materials, including acetate and paper alongside fabric.

EDIT:  I hadn't realised but the colours I used for my journal are near enough those of this week's Play Date Cafe, so I was encouraged to enter! 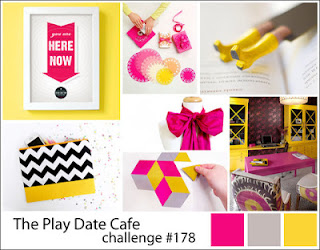 I did have some exciting PDCC news this week .. 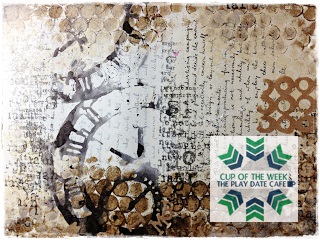 I was awarded the cup of the week and won a $25 gift certificate for Jenni Bowlin Studios - so exciting!!
Posted by Sarah Anderson

Thanks for leaving a comment; it makes my day!! 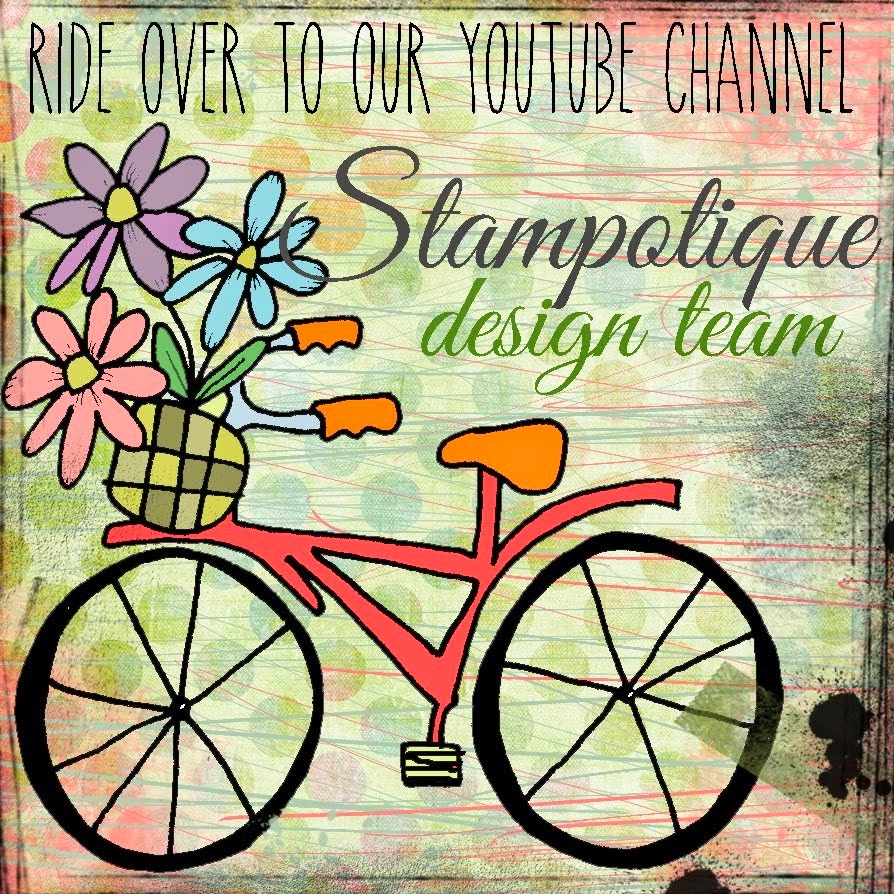 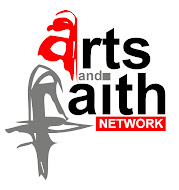 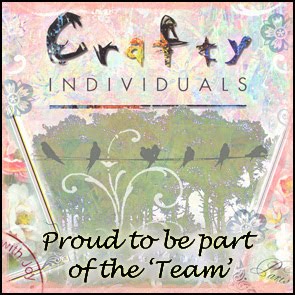 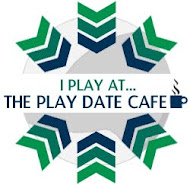 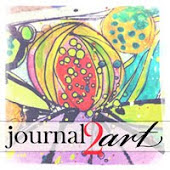 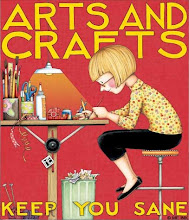 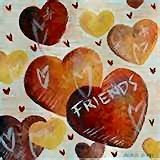 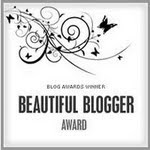